I did a quick review of commercial lab management software recently when Spirent launched their Lab Optimizer software.  In the process I quickly glossed over physical layer (a.k.a. Layer-1) switches.  A physical layer switch is a powerful tool to have in a network lab or as a network tap, so let’s take a closer look at these devices. 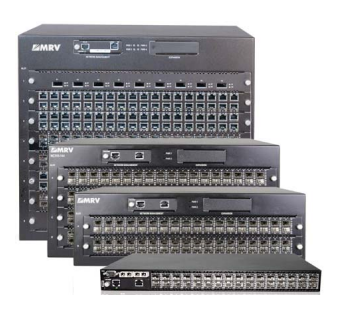 What is a Layer-1 Switch?

How does it ‘switch’?

Let’s be careful about the word switch, as it is a heavily overloaded term.  When you program an interconnect between to ports, the physical layer switch makes the electrical interconnection using it’s internal crossbar switch. In a regular L2 or L3 switch fabric the cross connect configuration is updated for every packet or cell. However, physical layer switches will keep the two ports mapped indefinitely within the fabric as it wants to emulate a circuit between these two ports.
These physical layer switches have no buffers nor any need to examine the frame headers,  so that keeps complexity and delay to a minimum.  The switch passes all received frames between the interconnect ports.  So spanning-tree, LACP, CDP etc. are all exchanged.  The device see each other as direct CDP neighbors and only see each others MAC addresses on the wire.

When you’ve got a non-blocking crossbar switch, it’s just as easy to close two crossbar connections for a given input line and… voila; you’ve instantly copied the input to multiple output lines.  A SPAN port no-less.
There is a growing market for highly-scalable in-line network taps.  They aren’t doing anything that a SPAN port couldn’t do, but they can scale whereas most span ports cannot.  I haven’t used these switches as taps but it does seem to be a big market.  One major vendor, OnPath was recently acquired by NetScout so that they could provide the full network tap and monitoring suite of services.

In addition to RJ45 line cards, modern physical-layer switches from MRV and OnPath present between 36 and 48 SFP+ cages on each line card.  So you could insert any SFP+ optic, SR / LR / ER / Twinax / Direct Attach. The incoming signal would be converted to an electrical signal internally before being switched across the fabric to the output port.
Because the interconnect can be OEO (optical-electrical-optical) you get the benefits of a media converter.   You can interconnect two test devices which have LR and SR interfaces respectively.
You could buy a purely photonic MEMS-based line card, but they dont share the (electrical) backplane with the other blades.  They also don’t support short-range (SR) optics, it’s a single-mode only system I’m afraid.  You will lose the benefit of media conversion, as you use mirrors instead of transceivers. However it does allow you to scale from 10G to 40G/100G single mode without needing hardware changes.   I wouldn’t be rushing out to buy a photonic switch unless you had a significant demand for DWDM or 100G testing.

If router A shuts down it’s port, the physical layer switch senses link down on the Rx channel of port A.  The  PLS sees that port A is mapped to port B and shuts the Tx channel on Port B.   Router B senses an Rx failure and brings it’s link down.
You can disable this behavior if you want but it is essential if you want your users to believe   their test devices are physically connected.   The key here is that the PLS can shut the Tx channel but still monitor the status of the Rx channel.

The major vendors are MRV, OnPath and Apcon. I haven’t used Apcon, but the MRV  MCC series switches are really solid and a cost-competitive option for almost everyone.  If you need a solution with high-port density, the OnPath provides the best scaling story, but they are pricey.

You need to decide how many ports on each test device to connect to the physical layer switch.  The benefits of the physical layer switch come at a cost.  If you connect too many test device ports you’ll max out the physical layer switch very quickly.  I find that four ports is enough for most topologies.  I often connect two ports for a 1U device as a starting point and connect more if needed later.
Scaling physical layer switches can be a bit of a pain.  For most people the ideal option is to maintain a single chassis in your lab with all interconnections between test devices taking place over the backplane.  The MRV MCC has a fully non-blocking backplane, and the OnPath 3912 is non-blocking if you buy the full complement of fabric cards.
The scaling challenge comes in when you outgrow a single chassis.  You’ll then need to decide how many of your client facing ports you will dedicate to inter-chassis interconnects.   The system behaves as circuit-switched network, so you don’t get the benefits of statistical multiplexing.  You need to estimate inter-chassis demands and carefully place your test devices on each chassis to keep your interconnect from maxing out.

Physical layer switches are a bit of an undiscovered gem, and most engineers I talk to have never heard of them.  If you have already invested real money in a lab or are planning to,  I think the extra spend for physical layer switch is money well spent.
Remember that a lab is only valuable if it can help people answer questions about their designs and topologies.  If they can rapidly create their own topologies without needing a lab investment, you’ll me a much better utilisation and return-on-investment from your lab.

3 thoughts on “What is a physical layer switch?”