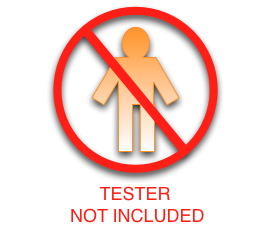 A few years ago, I had the chance to attend an IXIA training course in our Dublin office. I had seen the time-suck of network test gear before.  So I said,  “I’m not spending a week trying to learn a test-set.  It’ll be cool, but what’s the point. I won’t get the time to apply those skills, then I’ll forget, and it will be a wasted week.”  I declined the training.
Well, I am now a network test engineer and I’m eating my words.  Still, the point remains valid for most engineers.  Unless you can dedicate serious human and financial resources to in-depth testing, it still doesn’t really make sense to buy Spirent’s TestCenter or IXIA’s IxNetwork.  These are sophisticated, powerful and expensive platforms, targeted at network equipment manufacturers (NEMS), large carriers and global enterprises.  They also have a massive learning curve.  As Chris Marget put it on Packet Pushers Episode 121, “when you lease these test systems, they come with a guy!”

Why is Network Test equipment expensive?

Spirent AXON – Testing for the enterprise.

At the recent tech field day 4, Spirent briefed us on their upcoming product the AXON.  The focus of this tool is simplified testing for the enterprise. It pretty much addresses all of the challenges outlined above.  The product will launch as 1U commodity server, and may also be delivered as a VM(albeit with lower performance guarantees).  Spirent would not reveal official pricing at this stage, but it is definitely priced to compete in the enterprise space.
Modern commodity hardware allows Spirent to take advantage of enhanced timing accuracy (using HPET clocks) without needing expensive FPGA chips.  The unit will ship with 2 * 10Gbps interfaces and 4 x 1Gbps links. which should cover off the majority of test topologies.   Of course timing accuracy cannot be maintained to the low nano-second level but most of the time that’s just not necessary for enterprise testing.

Spirent are launching the device with a simplified GUI.  The AXON GUI is simplified to the point that it can be launched from a tablet using touch-screen gestures.  It uses a player, playlist and track approach.  At first I was not impressed, but the approach does make a lot of sense.  The GUI allows you to do some basic testing really quickly and will drastically lower the complexity barrier for new enterprise customers.
However,  like all simplified GUI’s the real question is “what happens when you want to stray outside of the simplified GUI”.   Unfortunately I don’t have an answer for this, as we just got a sneak peak at the product which is still being prepared for launch.

Where to use this test gear?

There were two main use cases presented.  The first use case was as a pair of embedded test devices within your network.  Having an embedded measurement device in your network would be fantastic for profiling your network. However, having a packet generator with 2 x 10Gbps NICS in my live network makes me nervous.  My load-tester is behind a firewall for a very good reason.  It’s really hard to prevent rogue streams of test traffic from DOS’ing your production network.  Just use the device thoughtfully and you’ll be fine.  Yep sure, but even rock-star engineers make mistakes and not everyones a rock-star.
The second use case was to use the AXON as lab or pre-production testing device.  I can see that having Spirent branded test results would be a boon to a system integrator when doing a network handoff.   In a test lab environment, using a tool like this would be very useful.  Firewall verification might be useful as firewall ‘markitecture’ performance figures rarely match reality.   The AXON software comes with a slider to vary the frame sizes in the generated traffic for a single track.  The ability to lay down multiple tracks at once to send mixes of different protocols would allow you to quickly benchmark a firewall performance against your expected traffic profile.

As I mentioned, I have not used the AXON nor have I seen it’s datasheet.  Based on what we saw from Spirent I think it could be a really useful tool to an enterprise network engineer or systems integrator.  I think Spirent will have to do a good job educating their new target audience to help customers gain the benefits without DOS’ing their network.  It sound like Spirent have big plans for this product.  I exchanged a few emails with Tim Jefferson, the Spirent AXON product manager about this.  I can’t share the details yet but there are some cool features coming down the line that would be very helpful for enterprise network engineers.

Spirent were a sponsor at Network field day 4, organised by Gestalt IT.  I was a delegate and my expenses were covered, but I received no payment, nor gave any consideration for this post. Feel free to read my full disclosure.

Tom Hollingsworth shares his views on the AXON and other products.   Also check out Brent Salisburys take on Spirents’ suite of products.

2 thoughts on “Tester not included”